Airtel DND – How to Activate Do Not Disturb Service

Airtel DND – How to Activate Do Not Disturb Service, Today we will tell you about the top method to activate DND do not disturb service in your Airtel sim.

I know you get frustrated when you attend commercial calls in your office or at home while doing your work.

Not only you when we get a call from our operator I get too much angry. Do you know what is DND? well, it is an initiative by Telecom Regulatory Authority Of India (TRAI) known as do not disturb service.

You receive these useless calls & SMS every week or sometimes every next day, this is very annoying for you isn’t it? to get rid of these unwanted calls we will tell you some best method that you should know about.

So to know about How to activate DND in airtel? 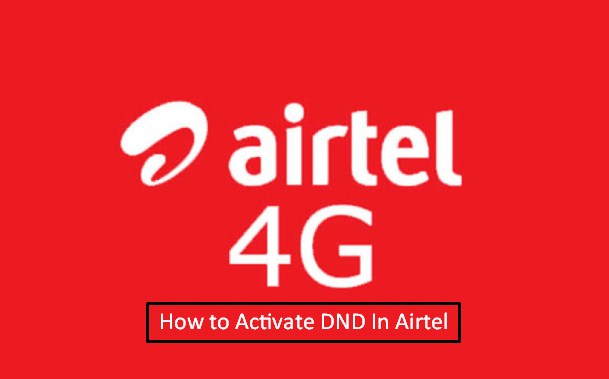 How To Activate Airtel DND Service –

1) First of all, pick your smartphone in your hands and open the dialer app.

4) When the call connects to customer care ask them to activate DND.

5) In case if you get rid of all commercial calls then ask to activate FULL dnd.

1) In this method, first of all, open your SMS app.

2) After opening the SMS app clicks on composing a message.

4) Within a few minutes, you will receive a successful message.

5) Following this method, you can get rid of all DND services.

1) This is an online method for activating Airtel DND.

3) Then enter your 10 mobile number in which you want to activate DND service.

4) Complete the next step.

1) For your DND complaints, you may now write to the Airtel DND helpline.

How to Activate by Preference Number –

This method is the same as the above-given SMS method but in this method, you can activate do not disturb service category wise.

For example –   you want to activate do not disturb or DND service for health and not for recharge offers, Talktime offers then you can activate DND service only for health calls and SMS and get rid of the same.

All you need to send an SMS on the below-given preference code.  START<space><preference no> to 1909.

How to Deactivate DND in Airtel –

4) Within 7 days you will receive an SMS that you have successfully deactivated DND service in airtel.

Watch video from a Channel –