This quiz time is valid only for today from 8:00 Am to 12:00 Pm. So check below given Quiz answers and play this quiz. 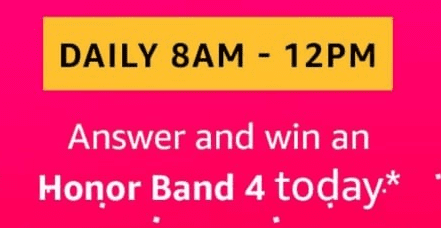 Q1) In ___, India won its first cricket world cup. Fill in the blanks.

Q2) The Indian Army built a bridge over the river Indus in a record time of 40 days and it is the longest suspension bridge in Leh. What is it called?

Q3) Comets and asteroids which enter the Earth’s surroundings due to the gravitational pull of nearby planets are called NEOs. What does NEO stand for?

Q4) Israel’s Aerospace Industries is the first in the world to send a privately funded mission to the moon. True or False?

Q5) The name for which type of pants has its origins in the city of Genoa in Italy?

1) This year will be the 20th anniversary of ‘Operation VIJAY’ in India’s history. Which victorious war are we celebrating?

2) Jallikattu, a famous sport in Tamil Nadu, broke a world record this year for entering the maximum number of participating animals into the sporting arena. Which animal does this game involve?

3) India’s second mission to the moon, Chandraayan 2 is all set to blast off into space and aim for landing on the moon’s South Pole, where no one has ever been before. When will it be launched?

4) Featuring over 70 songs, which of these Bollywood films holds the record for the highest number of songs?

Watch video from a Channel –